the origin of Shazam and Black Adam 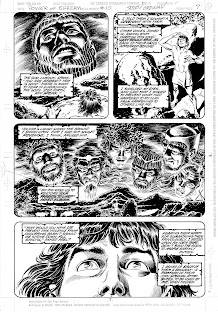 Just scanned these, and I think you'll enjoy! Both segments are from issues of the Power of Shazam series, done to help lighten the load for Pete Krause, the regular penciller. I drew on previous Captain Marvel lore, as well as the origin that I set up in the Power of Shazam original graphic novel I produced before the Shazam monthly launched. 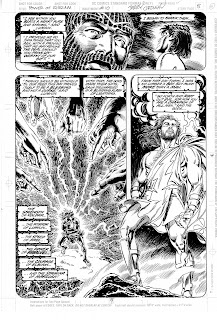 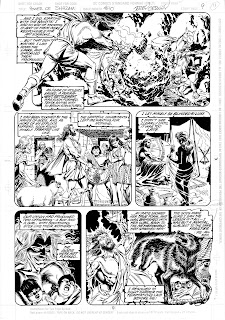 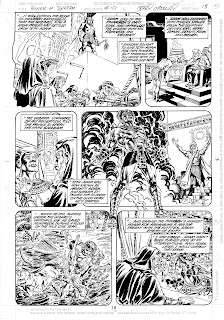 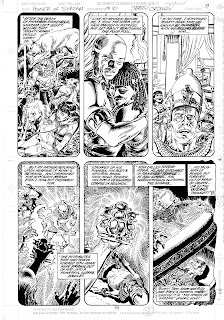 The next set are from issue#12 of Power of Shazam, and fill in some gaps in the events leading up to the origin of Billy Batson as Captain Marvel. Billy's CM persona is based on the likeness of his dead father, so we see his dad in an early meeting with the wizard Shazam. 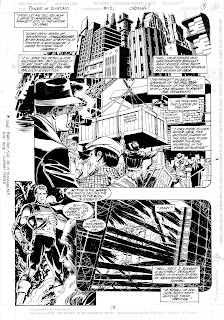 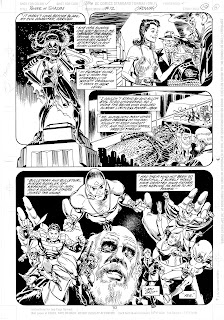 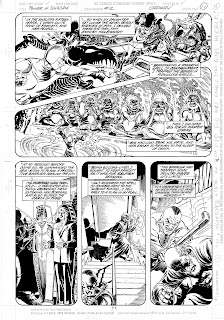 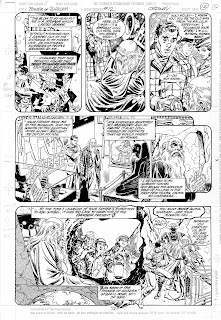 The Power of Shazam and all related characters are trademark and copyright 2013 by DC Entertainment
Posted by OkayComics at 9:24 PM

Thanks for posting these, Jerry. It's very cool to see the inks alone. Gorgeous stuff.

Lovely work as always. After reading your essay earlier today I was brought back to a time when I was reading Wildstar! I always kind of liked that character. :) I'm remembering that right aren't I, that was you correct?

I'm curious, how can I contact you Mr. Ordway to inquire about commissions, availability/price, etc.?

Here's something else DC should reprint and get a bit more royalties for you, instead of leaving people like me to miss it to scrounge for back issues without any of that money going to you. Alas.

God i miss these comics, Jerry, i used look forward to these monthly gems, even though it was in the "image comics era" (which i collect as well), they were a breath of fresh air, i mean comics during that time were so focused on realism and sexy hype and whatever thrash, (as if tv weren't bad enough), POS was one of the few titles that really brought me back to my childhood memories of what super hero books were about, light, engaging, didnt take itself too seriously, great art and the covers, were in a class of their own, each one a work of art. Really Jerry, these were great! No Shazam titles were this good!

I'm with ayak, I used to buy 10 copies of each issue. To help boost sales & gave like 5 away each week. To try & get regular customers who had kids. To get their kids into comics. Beside's just picking up POS every month.

I really loved these segments you drew. Their gorgeous, I wish POS had ran alot longer.

I'm with the other commentors on this. I miss the Power sooooo much. Those were the days. I had not looked forward to a comic so much since I was a kid. The anticipation of the next issue was so bittersweet. I wish DC would undo their cranial rectal insertions and maybe see that Cap was at his best in your hands and as "Cap" not Shazam. Maybe then they would toss us a bone and give us something like a side story in a new DC Comics Presents style comic. I'd love to see that. Throw some Dr. Fate and Phantom Stranger in there as well.
This has made me think, though. Would you even be interested in doing a Power of Shazam project again, if they offered?

One of the things I really enjoyed, besides seeing your artwork, was the nod to the Fawcett heroes of old!

These inks are fantastic!

It's like watching an epic movie on comic book pages!

These are truly awesome! You are a very talented artist.

These are truly awesome! You are a very talented artist.

This matter is downcast to earth, hats off buds out there. wordpress themes